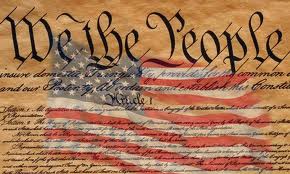 A solid majority of Americans know that the 2020 election was fraudulent. That’s a big problem for a country with a representative government, one in which the leaders are supposed to represent the will of the people. We’re a nation of laws ostensibly flowing from a Constitution that sets out explicit limitations on the federal government’s powers and protects a variety of citizens’ rights upon which said government cannot infringe. To the degree that a significant majority of citizens feel that the leader of this government was not constitutionally elected, that’s a problem.

For all its importance, our Constitution is nothing more than a piece of paper. It doesn’t make laws. It doesn’t have an army. It’s not the police. It’s just words on paper. It functions because Americans have confidence in its words as the foundation for the laws of our country and the guideposts governing the actions of those who actually control the army and the police and write the laws.

When that confidence is shaken, society’s foundation is shaken. While the fraudulent election of 2020 is not the first example of that shaken confidence in government, it’s easily the most important. From the economic upheavals wrought by the Industrial Revolution to widespread hopelessness during the Depression to the perceived fecklessness during the Vietnam War and economic malaise of the 60s and 70s, confidence in government has been shaken before but never before has the government’s legitimacy been in widespread doubt.

That changed with the 2020 election. Americans watched as the fraud played out in real-time, right in front of them. With violent riots in the streets that went unrestrained in the months leading up to the election, with courts inexplicably ignoring countless unconstitutional changes to voting laws, and with the media and social media censoring true stories that harmed Democrat chances, it started to seem as if the scales were tipped to one side. On election night and during the following weeks it became clear that this was indeed the case.