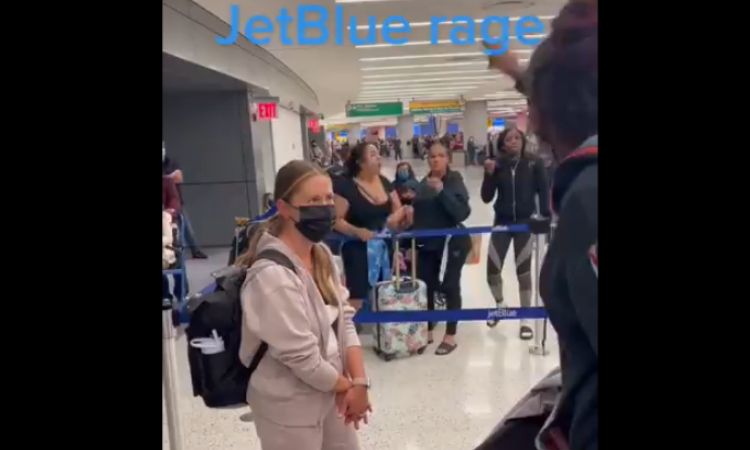 Earlier this week, JetBlue fell victim to extreme weather cancellations leaving thousands of passengers stranded and angry. At this NYC airport, things boiled over when passengers who’d been standing in line for 5 hours engaged in a racist tinged verbal altercation that eventually became physical. The video picks up with an African American woman apparently defending a white male who is in line near her (although it would seem they were not together). Another female, standing outside of the main customer service line, slings a few racist slurs at the man which doesn’t seem to set right with the aforementioned 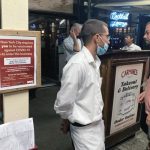