East St. Louis, Illinois, 14-year-old Mary finds out she is pregnant by her 16-year-old boyfriend, Alfred. She and Alfred were scared to death. Neither had even graduated high school. It was an impossible situation. East St. Louis was a poverty-stricken city, infested with drugs and crime. This child growing inside of Mary did not have a chance in life. Every argument for abortion easily applied to Mary’s pregnancy. Every one of life’s cards were already stacked against him; born to a 14-year-old unwed mother, living in poverty with drugs and crime all around, his only hope was a failing school system. The most logical thing to do would be to end the pregnancy, stop the life of this child just as it was beginning.

But this was 1959, 14 years before the Supreme Court ruled on Roe v Wade, making abortion a protected right in this country. If this pregnancy had occurred after 1973, the practical thing to do, the logical thing to do, would be for Mary to visit the local planned parenthood, and “take care” of her pregnancy so she could live a “normal” life.

Instead, Mary and Alfred had the baby, and faced life as two scared teenage parents. Alfred Junior was born in January of 1960. Their family rallied around the young couple, the parents and grandparents helped them out as they married and grew their family. Two years later Alfred’s sister Jacqueline, named after our first lady at the time, Jacqueline Kennedy, was born. 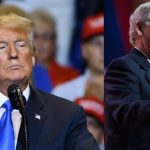 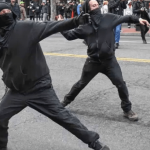