Senator Majority leader Charles Schumer (D-New York) and Senator Jack Reed (D-Rhode Island) have inserted a $10 billion subsidy to Jeff Bezos’ Blue Origin space company in a $250 billion budget bill they are pushing that they claim will address things like the semiconductor chip shortage and the supply chain issues.

The bill, called the U.S. Innovation and Competition Act of 2021, or USICA, is of course mostly filled with payoffs to the friends of Democrats, and will likely achieve nothing that is promised. It is also like all the budget bills being pushed by the Democratic Party in that it treats money as if it grows on trees. They can spend as much as they want, with no consequences at all.

Worse, Schumer and his cronies are trying to hide this pork bill by making it part of the annual military budget bill, dubbed NDAA.

To prove that this is nothing more that corrupt payoffs we need only look at the $10 billion subsidy to Blue Origin. This is a company being directly financed, in the billions, by Bezos himself. It has no shortage of cash. It not only doesn’t need government subsidies, it has never even looked for private investment capital. Bezos has provided it billions from his own pocket, far more cash than SpaceX has ever had on hand.

Yet Bezos is lobbying Democrats for this subsidy, probably intended to finance his failed manned lunar lander project that NASA simply doesn’t have the cash to build and also doesn’t want to build because it was a generally weak proposal…. 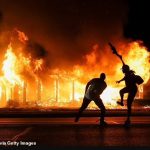