Junk science: This week NOAA government scientists published a paper claiming that the upcoming increase in rocket launches worldwide is a threat to the ozone layer and will also — my heart be still — promote climate change!

The study found that a tenfold increase in the amount of soot injected into the stratosphere every year would after 50 years lead to an annual temperature increase in that layer of 1 to 4 degrees Fahrenheit (0.5 to 2 degrees Celsius). The stratosphere is the layer of the atmosphere just above the lowest troposphere. The study found that the projected warming would slow down subtropical jet streams, bands of strong wind circling the planet at the lower edge of the stratosphere that influence the African and Indian summer monsoons.

Warmer temperatures in the stratosphere would also degrade the protective ozone layer, which blocks harmful ultraviolet radiation from the sun from reaching the planet’s surface.

The paper’s abstract also said this:

We show that the rocket black carbon increases stratospheric temperatures and changes the global circulation, both of which cause a reduction in the total ozone column, mainly in the northern high latitudes. Comparing the amplitude of the atmospheric response using different emission rates provides insight into stratospheric adjustment and feedback mechanisms. Our results show that the stratosphere is sensitive to relatively modest black carbon injections.

This is garbage science, and I wouldn’t bother posting a link to it if other news sources weren’t promoting it…. 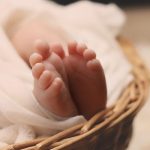 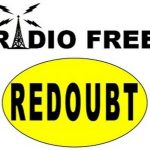