On Monday, MSNBC had a panel discussion discussing the weekend attack on a synagogue in Colleyville, Texas, that resulted in an hours-long standoff. One person on the panel was Al Sharpton. Yes, that Al Sharpton. Having Sharpton, who made a career of hating Jews on that panel, is the equivalent of inviting the “grand wizard” of the KKK to discuss the murder of  Ahmaud Arbery, who was murdered by racists.

If there is a Nobel Prize for mendacity or an Oscar for hypocrisy, Al Sharpton will get the award. This lying creep who calls himself a Reverend and a Human Rights leader has spent a lifetime spreading Antisemitism. Many would point to Crown Heights and Freddy’s Fashion Mart to prove his Jew-hating attitude, and they are examples. Still, those are only the two most famous examples. The fact that Sharpton spoke about the Texas Synagogue takeover on national TV makes me want to scrub my ears with steel wool. 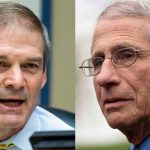 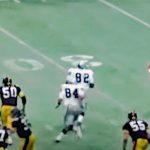