Bring a gun to a knife fight: In a 6-3 decision, the Supreme Court today ruled in favor of high school coach Joe Kennedy, who was fired by the Bremerton School District in Washington because he choose to kneel and pray quietly on the football field at the end of each game.

…The issue of religious prayer by government officials has for years been a difficult one. At what point does that prayer become in effect an established government religion? For decades the courts have increasingly banned any religious action of any kind in any government facility, sometimes for things as minor as a government worker wearing a necklace with a cross on it.

Essentially, the pendulum had swung absurdly to the point of outlawing religious speech in any venue where the government was involved, which in today’s America is practically everywhere. At the same time the courts have also increasingly ruled that no one can ban any government worker from proselytizing all kinds of secular political speech, even when acting as a government worker.

The anti-religious bias in these rulings is obvious, and was recognized by the court…. 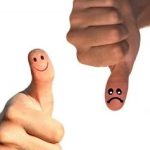 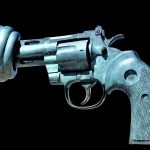