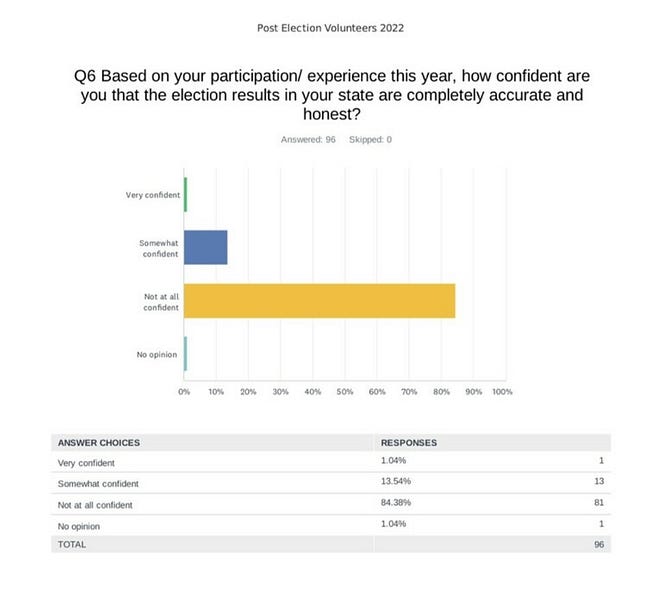 A new survey of Arizona election workers, volunteer attorneys, and poll watchers found that 84% of Maricopa County respondents were “not at all confident” about the outcomes of the election (which are still being contested). While Senate candidate Blake Masters (R) conceded before official election results have been certified, Republicans Secretary of State candidate Mark Finchem and gubernatorial candidate Kari Lake have vowed to take legal action to contest results which, in defiance of all polls, are giving Democrats the win.

And it seems Arizona’s election workers, about half of whom responded to Election Integrity Network’s (EIN) survey, share Finchem’s and Lake’s doubts about the controversial Arizona midterms.

”Based on their experiences, [about] 85% of the poll observers and election workers in Maricopa County [84.38%] are ‘not at all confident’ about the outcome of the election … Volunteer Attorneys reported ‘findings [that] directly contradict the statements of County election officials‘“ 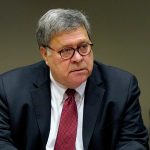 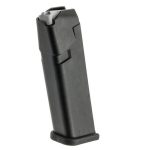