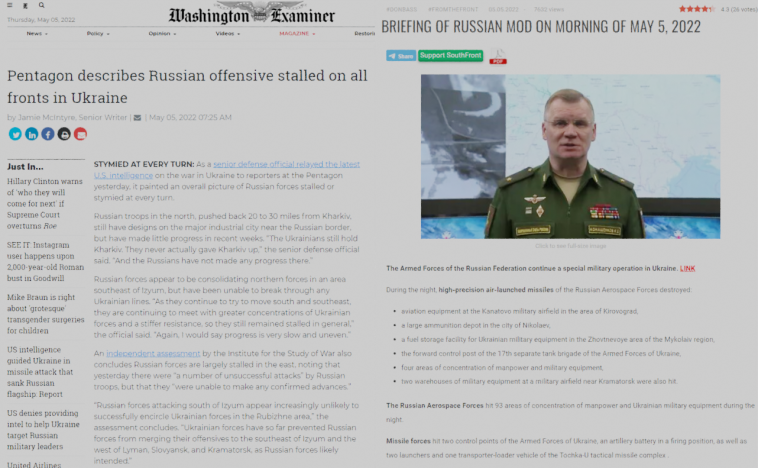 Stolen Election puppet Biden and gang. With the puppets in the Pentagon and puppets MSM are lying to the American’s People. About what really happening in Neo Nazi control Ukraine’s state with the deep state backing them in their fight with the Russia’s Army to stop the truth from getting out. The bio weapon labs, Wuhan’s virus, child sex trade, and to end the 8 year war the neo Nazi army, deep state and the Nazi government of Ukraine have been conducting against their own Russian and Ukraine people living there to name a few things they don’t want the world to know about which is the truth.

Here the link to the Washington Examiner covering the lies of the Pentagon and others about the fighting. (Left side of image)( https://www.washingtonexaminer.com/policy/defense-national-security/pentagon-describes-russian-offensive-stalled-on-all-fronts-in-ukraine)

and the link to today battlefield report of the Russian army what was just carry out in the last 24 hours.(Image on the right)( https://southfront.org/briefings-of-russian-mod-on-morning-of-may-5-2022/)

See both web pages and you decide who telling the truth about the fighting and what really going on. Russia is not even close to being stalled anywhere in Ukraine. Here a example. Since the beginning Ukraine took out 756 tanks of the Russia’s army while Russia took out 2,834 tanks of the Ukraine’s army. Its pretty much like that with everything else across the board. All in Russia favor and they really are the good guys in this fight. Ukraine is evil. Even now in this fight they kill their own citizens and military members to use as shields, photo ops or cannon fodder. The deep state with their puppets in America, UK, France, Europe, EU, NATO. Want a major war to start with America and Russia to cover up their crimes in Ukraine. To protect them and to take your eyes off of everything else that being expose about them all around the world now and secondly to weaken greatly both Russia and America so it  will be easily for them to kept on doing their evil. 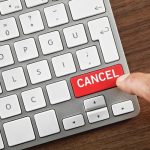