Imagine if you will, that the Wuhan Lab from which the Covid-19 pandemic originated due to their gain of function experiments on bat corona-viruses, actually intentionally produced, released and spread this virus throughout the world, killing over 5 million people world-wide, what would our response be? Would we not conduct a Nuremberg-like trial for the people behind this nefarious plan? Would all those responsible be facing the death penalty for knowingly and intentionally killing of millions of people, even though, the virus only has a 4% mortality rate even among the most vulnerable? Would any of these people be allowed to plea down to a lesser charge and be allowed to walk free in 6 months. Didn’t we try and hang every Nazi we could get our hands on after World War II ended? Didn’t we spend decades bringing to justice anybody who had any connection to any of the Nazi death camps, from prison guards to accountants. All were guilty, all had blood on their hands, all deserved the most extreme justice we could administer for the millions of deaths that they were connected to.

It strikes me as extremely incongruent that the people who produce, release and spread substances into this country, and into the rest of the world, who are directly responsible for the deaths of over 80,000 Americans, and over a million world-wide, the drug producers and drug dealers, who knowingly and willingly commit mass murder every year are not hunted down with the same righteous fervor that we hunted down the Nazis, and would hunt down any person connected to the intentional release of a deadly pathogen. 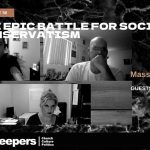 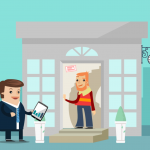