Joe Biden may have hit a low point in his presidency this week with his woefully ignorant remarks in pushing for a so-called election rights bill. Biden traveled to Atlanta, Georgia where he spoke on the grounds of Morehouse College, a historically African-American university, and emphasized the importance of getting his party’s vote-rigging bill passed.

Biden ranted for over an hour, accusing Republicans of trying to suppress or deny people the right to vote by citing examples such as Georgia’s new election law which makes it illegal to give water and food to people waiting in line to vote. He finally got to his main point, his desire to eliminate the Senate’s century-old filibuster rule which aims to protect the rights of the party in the minority. 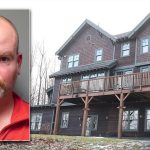