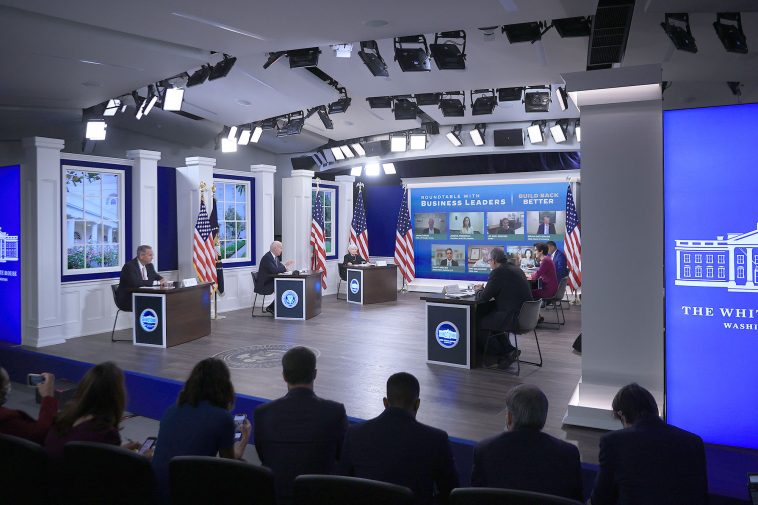 Fake set.  Fake room.  Fake windows.  Fake flowers.  A phony White House production set resembling the The Gong Show, was built across the street from the White House. The cardboard desks and cheap plastic chairs are a nice touch.  Our crack president, Biden, can now read what he is told from a script directly from a face-on-monitor.  This avoids the embarrassing glare from the normal teleprompter glass that can be seen on camera.  Reflected glass is the least of Joe’s problems.  He has become a national embarrassment on the world stage. Recently, Joe traveled to Michigan and delivered another horrid speech to an unenthusiastic crowd.

During the speech, Joe Biden slurred his words, mumbled about Grandpop and a “jargee station” (no idea what he meant there), slurred his words, and then finished off spouting some gibberish. Joe was in peak form.  It was another amazing performance.

Unfortunately, Joe enjoys the protective shield of the Democratic party and the lying mainstream media:  (Hey, nothing to see here.  Joe is super swell.  What a president!  Move along peasants. He did too receive 81 million votes.  Stop saying that he didn’t.  He is beloved.  He is articulate.  He is our grumpy grandpa and we worship him.  Hail Biden! You will learn to love him too.)  However, while Joe stumbles and mumbles and wanders away from adult 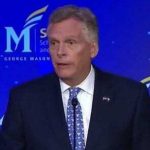 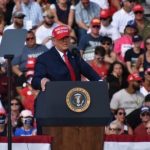