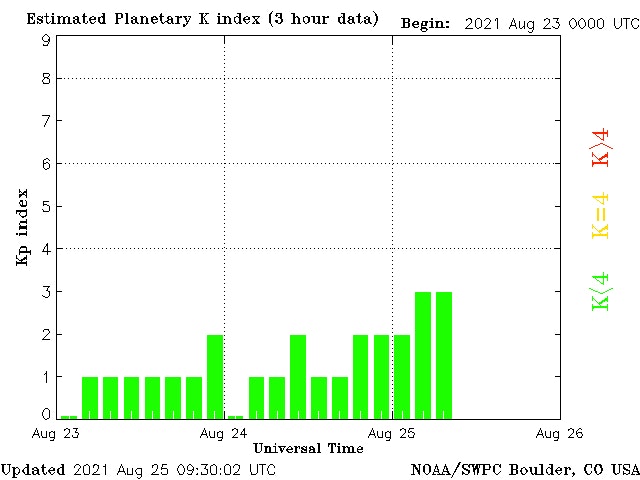 Let’s do a quick backgrounder on the K-index to give you a feel for what we’re looking at here before we jump into some more esoteric topics in subsequent posts.

This chart shows the estimated planetary K-index. It is updated every three hours here on the National Oceanic and Atmospheric Administration [NOAA] site. Yellow indicates that the Kp is at 4 which is considered unstable. Anything above 5 is listed in red which indicates geomagnetic storm conditions.

The NOAA explains that “the K-index, and by extension the Planetary K-index, are used to characterize the magnitude of geomagnetic storms. Kp is an excellent indicator of disturbances in the Earth’s magnetic field and is used by SWPC [Space Weather Prediction Center] to decide whether geomagnetic alerts and warnings need to be issued for users who are affected by these disturbances. The principal users affected by geomagnetic storms are the electrical power grid, spacecraft operations, users of radio signals that reflect off of or pass through the ionosphere, and observers of the aurora. The K-index quantifies disturbances in the horizontal component of  earth’s magnetic field with an integer in the range 0-9 with 1 being calm and 5 or more indicating a geomagnetic storm. It is derived from the maximum fluctuations of horizontal components observed on a magnetometer during a three-hour interval. The planetary 3-hour-range index Kp is the mean standardized K-index from 13 geomagnetic observatories between 44 degrees and 60 degrees northern or southern  geomagnetic latitude. The label ‘K’ comes from the German word ‘Kennziffer’ meaning ‘characteristic digit.’ The K-index was introduced by Julius Bartels in 1938. SWPC has used the K-index since the forecast center began operations.”

When we see a chart that looks like this one above from November 2018, with Kp levels staying at 0 for extended time periods, there are health risks involved.

We can see the same thing happening in this chart from October 2020 as well.

So when the threat of a storm is present on the chart, it’s marked in yellow or red. But when there’s a threat to human health, it’s still marked in green. 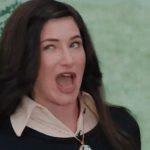 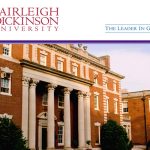