In an article published today in Nature, the astronomy community continued its crybaby complaining of the last three years about the interference posed to their ground-based telescopes by the tens of thousands of small satellites scheduled for launch in the next few years.

These quotes typify the apparent attitude of astronomers:

“This is an unsustainable trajectory,” says Meredith Rawls, an astronomer at the University of Washington in Seattle. “At the moment, our science is fine. But at what point will we miss a discovery?”

…“It’s really quite horrifying,” says Samantha Lawler, an astronomer at the University of Regina in Canada.

…The growing threat of satellite constellations adds to other degradations of the night sky such as light pollution, says Karlie Noon, a PhD candidate in astronomy and an Indigeneous research associate at Australian National University in Canberra. “In the same way that our lands were colonized, our skies are now being colonized,” she says. “And this isn’t just Indigenous people.” She points out that companies have launched satellites without necessarily consulting the scientific community. [emphasis mine]

Oh the horror. Scientists weren’t consulted! The nerve of these companies!

In response, astronomers have decided their only solution is to enlist the UN to shut down these satellite companies…. 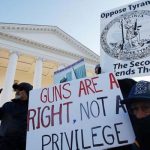 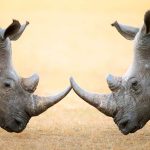